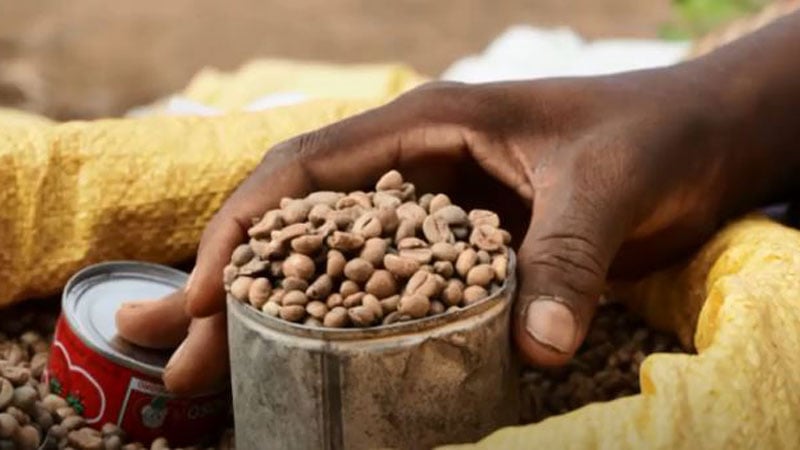 The neighboring island of Réunion used to be called Bourbon Island, and it was the first to bring coffee to Madagascar. This Ethiopian coffee was a short-lived fad that has quickly been forgotten. Despite settling on the island of Réunion, these colonists took their coffee plants with them and established coffee farming there.

Coffee is one of the other items that you can always count on having there. Madagascar coffee is an obsession for people in Madagascar, and it’s the reason they drink so much. Malagasy people and people around the world are passionate about making and drinking a caffeinated drink.

A Short History Of Madagascar Coffee

Madagascar coffee production began on Réunion Island, formerly known as Bourbon. This type of coffee was imported from Ethiopia and was successful before a rapid decline. After experiencing difficulties with the product, the farmers took plants to Madagascar and continued their established coffee cultivation there. Coffee production in Madagascar was introduced by French colonists in 1895, but the island’s major export switched to coffee during the 1930s with colonial policies unintentionally promoting smallholder production from indigenous Malagasy people.

Part of the settlement in 1885 to extend the French colonial empire includes Réunion and Madagascar. However, with coffee production declining sharply from a standpoint of world dominance, an uprising occurred between 1947 – 1948. This opposition caused deep scars in Malagasy society.

Independence in Madagascar came in 1960 and until the 1980s it was one of the island’s biggest coffee exporters. In that time, Madagascar became the eighth-largest coffee-producing nation per volume. Alongside coffee, cloves, vanilla, and rice are also exported – most of this farming is for the subsistence of farmers. Farmers primarily cultivate what they can to feed their families, with the surplus sold at local markets if it isn’t consumed.

Current Madagascar coffee production is 90% robusta and 10% arabica. Robusta coffee is strong and has a bitter flavor profile, but it blended well with other beans in certain cases, so don’t expect to get away from this for all of your blends. If you’re drinking single bean type, then Arabica produces a more pleasant experience.

Coffee production in Madagascar is overwhelmingly Robusta beans, which are grown more than in Arabica. However, the specialty coffee that can be found in Madagascar mostly contains Arabica beans instead of Robusta. Madagascar produces over 90% of its consumption. The country’s production has declined in recent years, but many still enjoy the tradition of drinking coffee at home or on the go. Coffee is sold throughout Madagascar and part of daily life for people there.

Though Madagascar is a world leader in vanilla and other spices, the country’s culture is largely being defined by its coffee. Small family-run farms are responsible for 100% of the countries coffee production. The coffee cherries are picked by hand before being sun-dried to produce high-quality beans which are then sold at an affordable price.

Coffee production in Madagascar is done using organic farming practices but has yet to be certified. It’s one of the ways these farmers hope to ensure that their coffee is healthy and natural. Almost all crops in Madagascar are produced organically but many of the farmers. Studies show that biodiversity is encouraged and wilderness spoiled by pest control methods.

Adding to Madagascar’s success exporting other high-quality crops such as vanilla, Arabica beans have created optimism in influencing the international specialty coffee market. Madagascar exported 1,600 tons of prepared vanilla in 2017, valued at over $680 million. Coffee could soon match these big numbers.

The United States Agency for International Development (USAID) has been working hard to provide help for the farmers of robusta and arabica beans in Madagascar, as well as promote their successes.

Where is Madagascar vanilla from?

The warehouse in Antsirabe Nord held roughly $5 million worth of vanilla. Almost 80% of the world’s vanilla is grown by smallholding farmers, mostly located in hilly forests.

Where is coffee grown in Madagascar?

Coffee production in Madagascar is dominated by small, family-run farms. Arabica coffee is produced primarily in central highlands, typically in the Antananarivo province and around Lake Alaotra on the northern plateau. Coffee production in Madagascar is mostly dominated by small family-run farms, where workers pick coffee cherries with their hands to be then washed and sun-dried. Arabica coffee trees thrive at high altitudes in the central plateau and are grown mostly by small family-run farms.

If you’re not familiar with the interesting coffee history of Madagascar, you’ll be surprised to learn it has risen to prominence in recent decades. The Malagasy coffee industry is far less industrialized than other countries on the international coffee scene, which makes sense considering how much smaller it sounds. Ignoring Madagascar’s coffee because it is less popular would be a mistake since it is unlike many other origins and definitely worth trying.

Coffee in Madagascar is connected to the troubled history of colonization. From a present-day perspective, we can appreciate the history of Malagasy coffee while also recognizing for nearly 60 years, Madagascar’s coffee production has been completely controlled by its people. Madagascan coffee growers are glad that this coffee boom was short-lived. Unlike the 1980s, when there were mass farming techniques, today they use higher quality and more artisanal methods to ensure the best flavor possible.