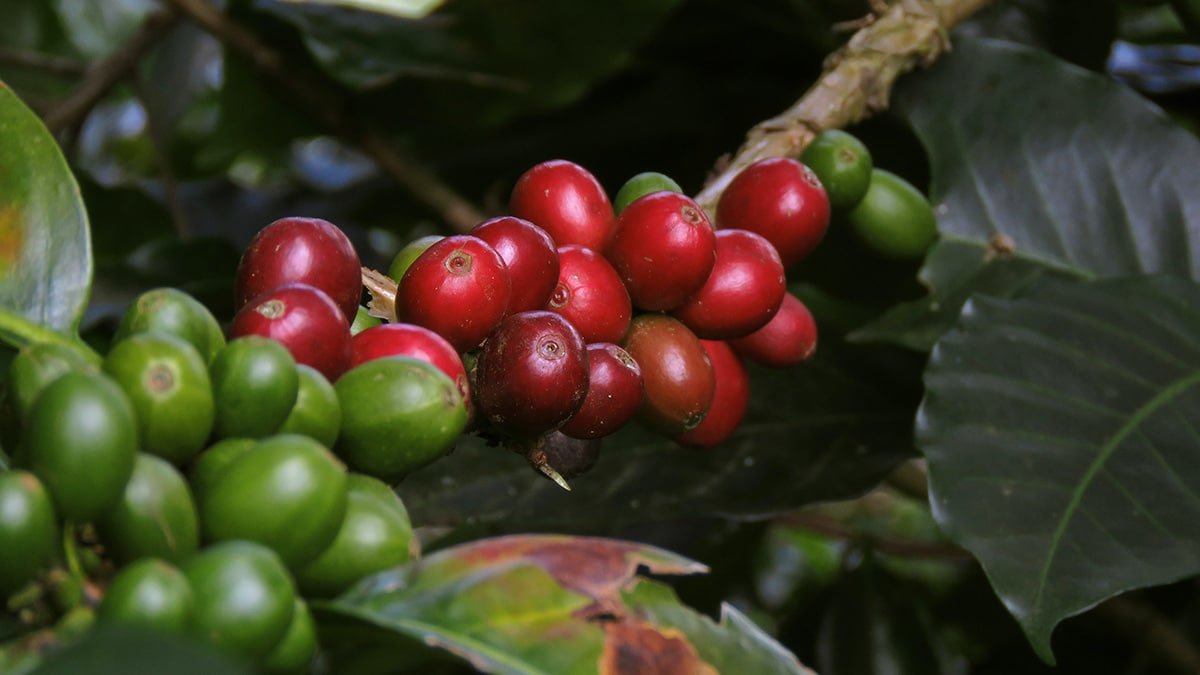 According to the World Atlas, Colombia is the world’s third-largest coffee producer, producing 830,000 tons per year. For a long time, the small South American country was even in second place after Brazil but was displaced by the rapidly expanding Vietnamese. Nevertheless – an overall place on the “podium” has remained. The Colombians are still the undisputed leaders in the production of high-quality Arabica coffee because Brazil and Vietnam produce the majority of the cheaper Robusta. So it’s no wonder that Colombia coffee enjoys great popularity. Here we want to tell you a little more about Colombian coffee, its tradition, and its cultivation.

Why is Colombian coffee so popular?

One of the reasons could be clever marketing by the “Federación Nacional de Cafeteros de Colombia” (FNC). This initiative, known internationally as the Columbia Coffee Growers Federation, was founded back in 1927. It is noteworthy that it is not state-owned, as is the case with comparable institutions in other countries. It has a membership of over 500,000 coffee growers, making it one of the largest NGOs in the world.

For many years, since 1958 to be exact, the FNC has been advertising with Juan Valdez. You’ve probably seen the logo with the fictional coffee farmer standing next to his donkey, Conchita, printed on a package of Colombia coffee. Where it’s printed, it’s guaranteed to contain 100% coffee beans from Colombia – so it’s supposed to guarantee special quality. Because the Arabica coffee coming from here is considered one of the best in the world!

The character Juan Valdez has even appeared in movies and is now something like the figurehead of Colombia Coffee. And it’s not something to joke about: for example, a comic artist has already been sued by the FNC for disparaging the name of the famous coffee farmer – even though both “Juan” and “Valdez” are typically Spanish names. Above you can see him in one of the first commercials for Colombia Coffee.

Coffee cultivation has a long tradition in Colombia and has shaped the country’s history. Even today, there are so many coffee-growing regions that we can only present a handful in more detail here. All of them produce genuine top-quality coffee that can be seen in international coffee competitions.

History: How coffee came to Colombia

Just like the sophisticated story behind the marketing of Colombian coffee, the history of coffee cultivation is also very entertaining. It all started when coffee became increasingly popular in Europe in the 17th century – but all attempts to cultivate coffee plants themselves failed miserably. To meet the demand of the aristocracy and the burgeoning coffee houses anyway, many European nations brought coffee plants to colonies with suitable growing conditions. The Dutch, for example, initiated the cultivation of coffee in Indonesia, where relics of the old colonial masters can still be admired today. Coffee plants eventually reached South America via the French outposts of Martinique and Guyana.

In Colombia, it was Jesuits who encouraged the local population to grow coffee around 1723. More specifically, it is said to have been the priest José Gumilla. At first, people were skeptical, since a coffee bush needs a few years before it produces its first yields.

About Colombia’s rise to the coffee Olympus

Colombia coffee was successfully cultivated and exported as early as the beginning of the 18th century. Many farmers acquired cheap land and devoted themselves entirely to coffee cultivation, which was fueled by exploding demand from the United States. In Europe, Germany and France became the most important buyers. But when the world economy entered a crisis at the turn of the century, coffee prices began to fall and many large landowners were no longer able to maintain their plantations – for which they had usually gone deeply into debt. The civil war in the region, which was politically very unstable at the time (“Guerra de los Mil Días”), also contributed to this.

The time had come for a change in coffee cultivation, and from then on it was the turn of the small coffee farmers. Little by little, new rural cultivation areas were opened up, for which the business was worthwhile using traditional methods and mixed cultivation. Finally, in 1927, the smart “Federación Nacional de Cafeteros de Colombia” (FNC) was founded, under which 500,000 small farmers have formed to this day without state or political influence. It advocates sustainable farming methods, fair prices to international export partners, and uniform marketing and sales practices. The aforementioned success story of using the fictitious coffee farmer “Juan Valdez” for an international quality campaign can be attributed to them. In addition, the FNC has created Cenicafe, a unique knowledge center that conducts research into higher-yielding and more resistant plants, for example.

Colombia’s climatic and geographical conditions are predestined for the cultivation of high-quality Arabica coffee. The flat coastal regions are followed inland by the lush green highlands, where coffee plants thrive between 1,200 and 1,800 meters above sea level. In the warm, humid climate of the Andes, temperatures are usually between 17 and 23 °C – it is to be hoped that climate change will not cripple coffee cultivation in Colombia too much. Soil quality is very rich in minerals due to the volcanic soil, and there are consistent dry and rainy periods throughout the year, ensuring a consistent growing and harvesting cycle. This is what the average growing conditions look like. There are definitely differences between the individual growing regions.

The “Coffee Triangle” in the Center of Colombia

Probably the best-known region for Colombia coffee, the so-called Coffee Triangle (“Triángulo del Café” or “Eje Cafetero”) spans three provinces in the interior of the country. It has been declared a World Heritage Site by UNESCO and contains the “coffee treasure” of Colombia. For this reason, some tourists no longer only visit Medellin, but also the three coffee regions of Manizales (Caldas), Pereira (Risaralda) and Armenia (Quindío). Coffee tours are organized here, where you can get to know individual haciendas and the work that goes on there. In Quindío, coffee national parks have even been opened, attracting millions of visitors each year. If you like it a little quieter, you might like Tolima – another well-known coffee-growing area that connects to the east of the coffee triangle. Or the flatter Valle de Cauca to the west, which contrasts with the mountainous Coffee Triangle.

The North of Colombia

One of the more northerly growing regions of Colombia coffee is Antioquia near Medellin, long known more for bulk than quality. Here, average temperatures are somewhat higher than, for example, in the south or in the more central regions. For decades, people in Antioquia, where the average coffee farmer is in his mid-50s, have been studying how to position themselves more strongly in the specialty segment. An important role has been played by moving away from sun-grown coffee in monocultures to shade-grown coffee in mixed cultures – which also attract all kinds of colorful birds.

Other well-known growing regions in northern Colombia include the Sierra Nevada de Santa-Marta – the highest coastal mountain range in the world – and Santander, where coffee growing originated in the country.

The South of Colombia

The southern growing regions (e.g., Narino, Huila, South Tolima) are closer to the equator and slightly higher in elevation. As a result, average temperatures are somewhat lower, which benefits the quality of highland coffee. The taste of Arabica from these regions is more special, with particularly sweet and strong aromas and a slightly higher acidity. It is in such high demand that there are special initiatives to guarantee its origin.

What all growing areas have in common are the methods used in coffee cultivation. The use of chemicals and other unnatural fertilizers is avoided as far as possible. The coffee is usually picked by hand, which has the advantage that only really ripe coffee cherries are selected. Cherry picking, in the truest sense of the word, which guarantees consistent quality. After harvesting, the coffee cherries are washed by machine and fermented in large tanks in the sun for hours – which increases the aroma and caffeine content. This is followed by drying, skinning and machine sorting – until the raw beans are bagged and transferred to roasters.

Full aroma: This is what Colombian coffee tastes like

Full, smooth and aromatic. With notes of citrus, caramel and nut. This is what a real Colombia coffee should taste like as Single Origin! It is a top quality product made from Arabica beans, although there can of course be subtle differences in taste depending on the growing region (see above). What also matters is the quality in which you buy Colombian coffee. There are three categories:

If you want to try the taste of Colombian beans yourself, here are a few suggestions for you:

Enjoy Colombia coffee on the spot

Many a coffee tourist visiting Colombia might be a bit disappointed by the quality of local coffee on site. The reason is simple: almost all the good beans go for export, and in Colombia itself, the UGQ category is mostly served.

One bright spot in the local coffee scene, however, is the city of Medellín, which has transformed itself from a former “problem child” into the cradle of modern Colombia. Gone are the days of drug-related crime and delinquency: Today, Medellín stands for innovation, digital nomads and really good coffee. In small cafés like Pergamino, care is taken to ensure that only good quality goes into the cup – and it is, of course, brewed by hand.

Today, two-thirds of Colombian coffee is produced on modern plantations and one-third on small family farms. It enjoys great popularity with export buyers, and the individual regions regularly win prizes for their wonderful coffee beans. It may not be one of the most expensive coffees in the world – the proud Colombian is happy to leave that to peculiar varieties such as Kona coffee from Hawaii or Monsoon Malabaar from India. But it is certainly one of the best. And even the Pope knows: all you need in life are friends and good Colombian coffee!