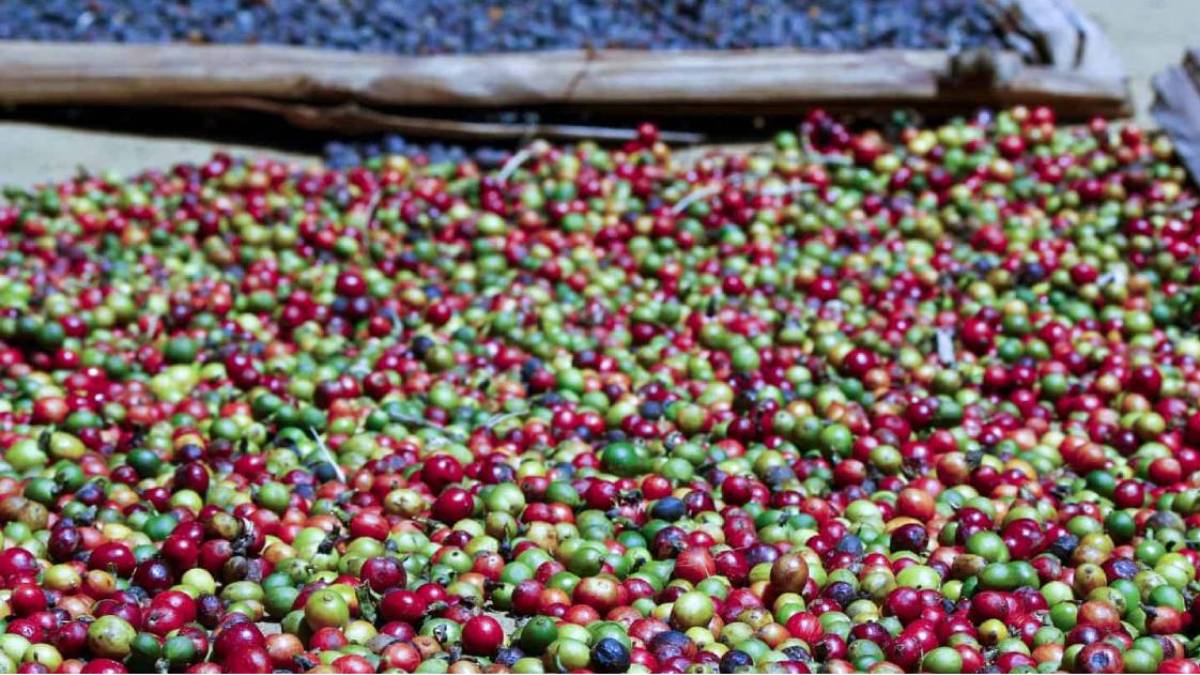 Coffee in Madagascar is a part of the culture. Coffee beans are harvested and roasted by hand, brewed with fresh water from mountain streams, and drunk as an afternoon pick-me-up. The coffee beans grown on the island come from trees that have been growing there for centuries. The people of Madagascar love their coffee – so much so that they drink it all day long!

History About Coffee In Madagascar

Madagascar coffee is a type of coffee grown in Madagascar. Coffee is one of the country’s main exports and coffee beans are harvested and roasted by hand, brewed with fresh water from mountain streams, and drunk as an afternoon pick-me-up. The coffee beans grown on the island come from trees that have been growing there for centuries.

Coffee was introduced to Madagascar by a Creole from Réunion. The original coffee came from Ethiopia, but it was not very popular because of the taste. Nevertheless, these industrious farmers brought the plants with them and continued growing coffee in Madagascar.

French colonists conquered Madagascar in 1895 and with their presence, coffee quickly became a major export. In the 1930s, the French inadvertently encouraged African farmers to grow coffee on their own.

In 1947, violence erupted in Madagascar when a disagreement between the French, Réunion Creoles, and native Malagasy nationalists over resources led to one of the most violent periods in French colonial history. This conflict had deep consequences for many members of Malagasy society and left them with painful memories.

Independence for Madagascar came in 1960 and until the 1980s, it was one of the island’s top coffee producers.

Alongside coffee, cloves, vanilla, and rice are also exported – most of this farming is for subsistence. Farmers mainly cultivate what they can to feed their families, with the surplus either sold locally or cultivated as a cash crop.

Malagasy coffee production today is composed of approximately 90% Robusta and 10% Arabica beans. Robusta beans have a bad reputation due to their strong, bitter flavor profile. We think this reputation is deserving, but be cognizant that Robusta beans are used with great success in blends. If you drink only one type of coffee, you will not know what the blend is.

Robusta beans also have a much higher caffeine content than Arabica beans (approximately two to three times as much). This means they can be roasted darker without burning and remain drinkable – something that would happen if roasting Arabica beans this dark.

The farmers in Madagascar often run family-owned small farms. They put in the time and effort necessary to make a good product. The coffee cherries are picked by hand before being washed and sun-dried.

Coffee is organic, but not necessarily certified because it’s grown the same way as for centuries. Organic farming discourages pesticides and encourages biodiversity, which are both things that reduce the negative impact on native environments.

Madagascar is making an impression on the international specialty coffee market with high-quality beans from arabica plants. Experts in Madagascar are optimistic that, given enough time and investment, the country will one day reach big numbers on a global scale. In 2017, Madagascar exported 1,600 tons of prepared vanilla worth $680 million – here’s to hoping that the country’s coffee exports will one day reach similar heights.

The United States Agency for International Development (USAID) has worked hard to support the farmers of robusta and arabica beans in Madagascar. Their work has achieved a lot so far, including disseminating successful methods for farming these beans to more remote areas.

New training and processing centers have been set up to show new techniques for coffee cultivation, roasting, and farming.

A UNIQUE INDUSTRY OF COFFEE IN MADAGASCAR

If you find yourself in Madagascar, one thing is for certain – you won’t have to look far for excellent coffee. You can purchase this all across the country at local markets where traditionally, it is scooped out of large sacks with condensed milk cans that contain 390g worth.

Although measuring coffee by the scoop may seem strange, it allows for good ol’ fashioned universal measurement.

In Madagascar, green coffee isn’t the only sellable kind of coffee. After being roasted and brewing, it’s ready to drink. For many people on this island, it is an important source of income from their local markets. Particularly for women: in sub-Saharan Africa, 51% of all female workers outside of agriculture operate as vendors, and they represent the majority of vendors in Madagascar.

MAKE COFFEE IN THE MADAGASCAR WAY

If you want to drink coffee like a Malagasy, make it strong – very strong. Malagasy coffee is usually served black or with condensed milk when you’re looking for a sweet treat. The coffee is always brewed strong and street vendors make their own by pan roasting green beans on the spot. This produces a uniquely

Allegedly, Malagasy are known for their strong taste in coffee. This is largely due to the types of beans used in the traditional recipe. Though most people might complain about the bitter and strong flavor, Malagasy believe these qualities to be a mental boost leading them through a busy day.

MADAGASCAR COFFEE UNDER THREAT & THE CASE FOR PROTECTION

Traipsing through the undergrowth in search of wild coffee is an adventure that, sadly, may soon become a thing of the past.

Research findings published this year reveal that at least 60% (and up to 72% in Madagascar) of the world’s wild coffee species are threatened with extinction.

The 124 species of Coffee plants only account for two species used as commercial coffee, Arabica, and Robusta.

The wild coffee plants that grow in Madagascar have great diversity and if they are lost, we might lose the potential to breed new varieties as well.

Coffee is a fragile plant. Climate change, diseases, and pests, together with the loss of habitat threatens this diminutive bean. Population growth, livestock damage, slash-and-burn agriculture, forest fuelwood collection, and charcoal production has all lead to increased deforestation and the serious loss of endemic species. As more forests disappear, so do wild coffee plants and

A long drive southeast of the capital leads to a quiet set of buildings and a vast field. Here, rows and rows of evergreen trees produce clusters of cream-white flowers with green fruit that ripens to yellow, orange, or red depending on the variety. The trees can be as small as a small shrub or as tall as a medium-sized tree. On average they grow to about four meters and produce one coffee bean-worth of fruit every two years.

Madagascar’s coffee industry has millions of people dependent on it, and protecting this resource is crucial.

It has been discovered that many of the coffee varieties (44 species) in Madagascar may have a resistance to pests and diseases. For this reason, researchers are theorizing that these lesser-known varieties could be highly valuable to global coffee industries.

Ultimately, the coffee industry wants to increase its supply of quality coffee to create differentiation and sustainability. With over 100 million people dependent on coffee for their livelihoods in Africa, Asia, and Latin America, this is becoming increasingly important.

How To Buy Madagascar Coffee

If you want to buy coffee beans in Madagascar, your options are either Robusta or Arabica. Both types have pros and cons, so we can’t definitively recommend one type over the other.

Arabica beans are generally more well-regarded than Robusta because of the more balanced, delicate flavor. Most coffee is made from Arabica beans, and the reason is simple: most people prefer the taste. You might wonder why we don’t simply recommend the Arabica and be done with it. The reason is authenticity.

What is the coffee in Madagascar?

Coffee in Madagascar is Arabica and Robusta.

How do you buy coffee beans from Madagascar?

You can buy Coffee Beans from Africa, Asia, or Latin America depending on which country it grew up in. You can also order online on many websites

In Madagascar, coffee isn’t just a drink. It’s an integral part of life in many ways: as a way to start the day, something that ties individuals back to their history and culture, and a major industry with far-reaching effects on the country.