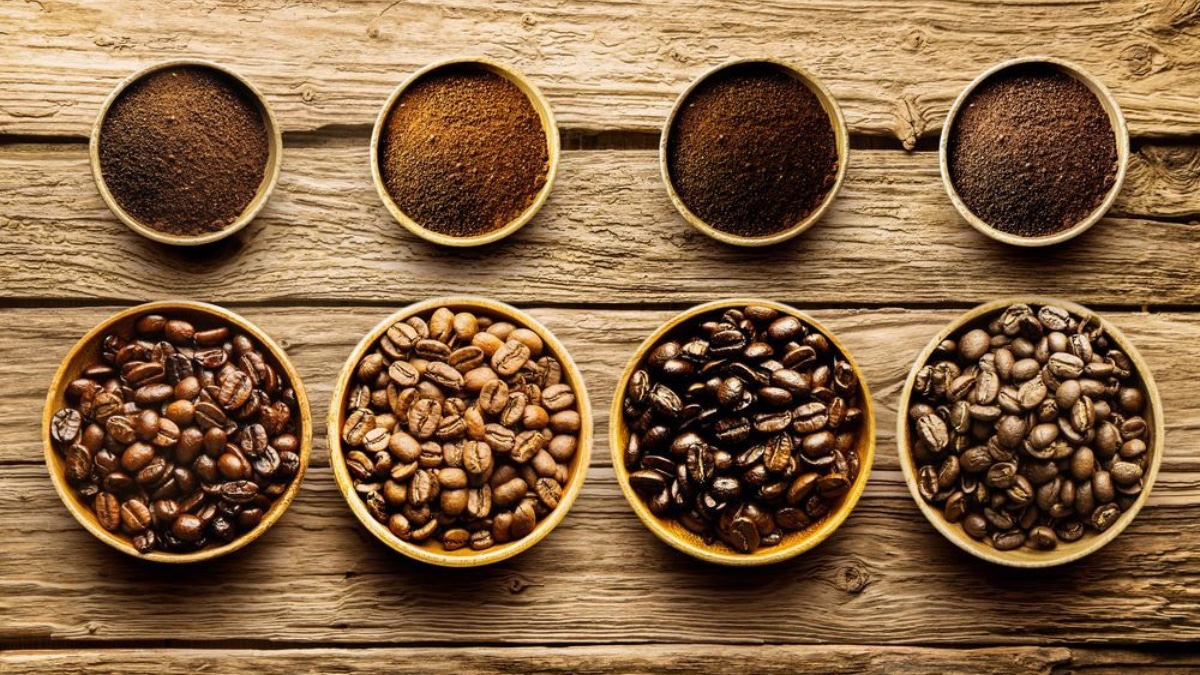 Coffee is a delicious beverage that has been around for centuries. Most people have their favorite coffee drink, but are you curious about the different types of coffees? There are many varieties! In this blog post, we will explore all of the coffee bean varietíeavailable and find out which one suits your taste buds best.

What Exactly Is A Coffee Bean?

Coffee beans are found inside coffee cherries, a seed from the fruit of the coffee plant. What distinguishes a cherry from certain other fruits is that we do not eat its outer portion but instead remove the pit and roast it.

There are four main types of coffee beans: Arabica, Robusta, and Liberica, Excelsa . Here’s what you need to know about these different varieties.

Arabica coffee is a type of coffee made from the beans of the Coffea arabica plant. Arabica beans are recognized as one of the most popular varieties of coffee and makeup 60% of all production worldwide.

The downside to Arabica beans is that they are harder to produce and grow, making them more expensive. Arabica plants need more intensive care because they are highly susceptible to disease, require extra shade and water, and have a low tolerance for any exposure to fungi. The coffee bean plants are also a lot smaller, typically measuring between 8 and 15 feet when fully grown.

A notable trait of Arabica beans is their lower caffeine content relative to Robusta, but they are often considered superior in taste.Arabica beans are known for their smooth and sweet flavour. They tend to have chocolate or sugar flavours, but often also include hints of berries or fruits. Their acidity is high and it tastes like fragrant wine rather than bitter coffee.

Note that the quality of the Arabica bean diminishes when served cold or with creamer. It is best served hot, perhaps brewed with the pour-over or drip coffee technique.

Choosing to enjoy Arabica coffee cold might be disappointing because it loses flavor when served cold or with creamer. It is best served hot; in this case, you would use the pour-over or drip coffee technique.

Where can you find Arabica beans?

Arabica coffee is a type of coffee made from the beans of the Coffea arabica plant. Brazil is the world’s most significant Arabica coffee producer. Arabica beans are widely available, especially from gourmet coffee companies. If you want to experience Arabica flavors in your coffee, make sure not to purchase blends with Robusta beans.

The second most popular variety of coffee beans is Robusta. This type originated in sub-Saharan Africa and is now grown primarily in Africa and Indonesia. The Robusta bean is also popular in Vietnam and often blended with other varieties to create stronger, more bitter coffees. It’s a popular choice for budget-conscious roasters because it’s less expensive.

Robusta beans are larger and more rounded than the other bean varieties. Coffee plants that grow from the Robusta variety are generally taller than Arabica coffee plants, measuring up to 20 feet. Robusta coffee beans are typically thought to be stronger, as they can grow at lower altitudes and resist diseases. But recent research suggests Robusta is not well-suited for high heat environments, a concept that was not previously realized.

Robusta has a stronger, bitter, harsher taste, with a grain-like overtone and peanutty aftertaste. The flavor is strong and has a very distinct taste, which can seem almost burnt. Robusta beans are higher in caffeine than Arabica and are considered to be of inferior quality. Some robustas are high quality, however, and valued for their deep flavor and good crema.

Where can you find Robusta beans?

This coffee bean variety is grown best in a hot climate with irregular rainfall. Robusta can be found mostly in Africa and Indonesia. These countries also are Vietnam, Brazil, Colombia, Indonesia and Ethiopia.

Robusta beans are prevalent in most blends, which makes it possible to find them almost anywhere. We can typically get it from Vietnamese coffee suppliers. In addition, most instant coffee is 100% robusta.

One of the hardest types of coffee bean to come by is the Liberica bean. They are larger than the other beans and are the only one in the world known to have an irregular shape.

When coffee rust decimated over 90% of the world’s Arabica stock in 1890, farmers and government agents tried Liberica as a solution. The first country to try this was the Philippines (which was a U.S. territory at that time).

A spat between the U.S. and the Philippines led to the U.S. cutting supplies off to the Philippines, including coffee. It wasn’t until 1995 that Liberica made an appearance in the coffee world again. Conservationists transplanted the last remaining plants to Filipino growing regions which are better suited for it to thrive. Unfortunately, by the time the crop was ready for harvest, Arabica became a popular coffee variety and dominated world production. Its absence is still felt today as it becomes harder to grow and find pure Liberica coffee.

Unlike Arabica or Robusta beans, the Liberica bean is grown from a much larger plant. Libericas tend to be irregular in shape and closer to Robusta in size and general appearance. It’s also tolerant of hot, humid climates and does well at low altitudes. Among the many varieties of coffee beans, Liberica is a rarity. Though largely produced in Indonesia, Malaysia and the Philippines it only comprises about 2% of global supply. 95% of Malaysian coffee production uses this bean and most North America and European markets don’t find it common either.

The beans are said to have a unique aroma, consisting of floral and fruity notes, with a full body that possesses enough smoky taste to distinguish it from other coffees. Those who have tried Liberica coffee say that it is unlike any other coffee they have ever tasted—many saying there’s no comparing it to “coffee” but more like a woody taste.

Where can you buy Liberica beans?

One of the best varieties of Liberian coffee can be found in the Philippines. It is known as “kapeng barako” (Barako) and it translates to “macho stud” in their culture. Considered a relic from an older generation, kapeng barako is still popular across the Philippines. Outside of Southeast Asia, your best bet for finding Barako coffee is in a market that caters to the Filipino ex-pat community.

The fourth major type of coffee beans is called Excelsas. Though it was once considered separate species known as Liberica, scientists now consider it a variant of that variety.

Excelsa beans grow primarily in Southeast Asia and they are roughly the same shape as Liberica beans, which grow along medium-altitude coffee bean plants.

In terms of flavor, Excelsa beans are pretty unique. The flavor of Excelsior beans combines the best attributes of light roasts like fruity flavors and tart notes mixed with those you might find in dark roast. They have less caffeine and a lighter aroma, but maintain an unusual depth of flavor.

Where can you find Excelsa beans?

Excelsa beans are not as common as Arabica and Robusta beans, making them harder to find outside of Asia.

Drinking coffee is about finding what you enjoy and sticking with it. It can be tough to find your favorite coffee bean variety. But now that you know the major types of beans, it’s time to start shopping!

If you want the best possible flavor and don’t mind paying higher prices, you can choose coffee that’s 100% Arabica. Higher quality Arabica beans produce better-tasting coffee that can be more expensive than some other blends.

If you’re looking for something a little more unique, try Liberica or Excelsa beans. These are more difficult to find so you have to be prepared for a more extensive search!

Whenever possible, we recommend grinding your coffee beans and brewing them just before you need them. You’ll get better flavor and freshness no matter what kind of bean you choose (although some coffees might have to be ground more coarsely than others).

What are the main coffee varieties of Arabica?

How many types of coffee beans in the world?

There are over 100 coffee species, however, the two main ones that are widely produced and sold are Coffea Arabica and Coffea Canephora (also known as Coffea Robusta).

Is Starbucks Coffee Arabica or Robusta?

I hope this article will provide you with a lot of information about popular coffee and choose the type of coffee that suits you. The main thing to remember is that it’s all about finding what works for you, so try different things and enjoy the process!