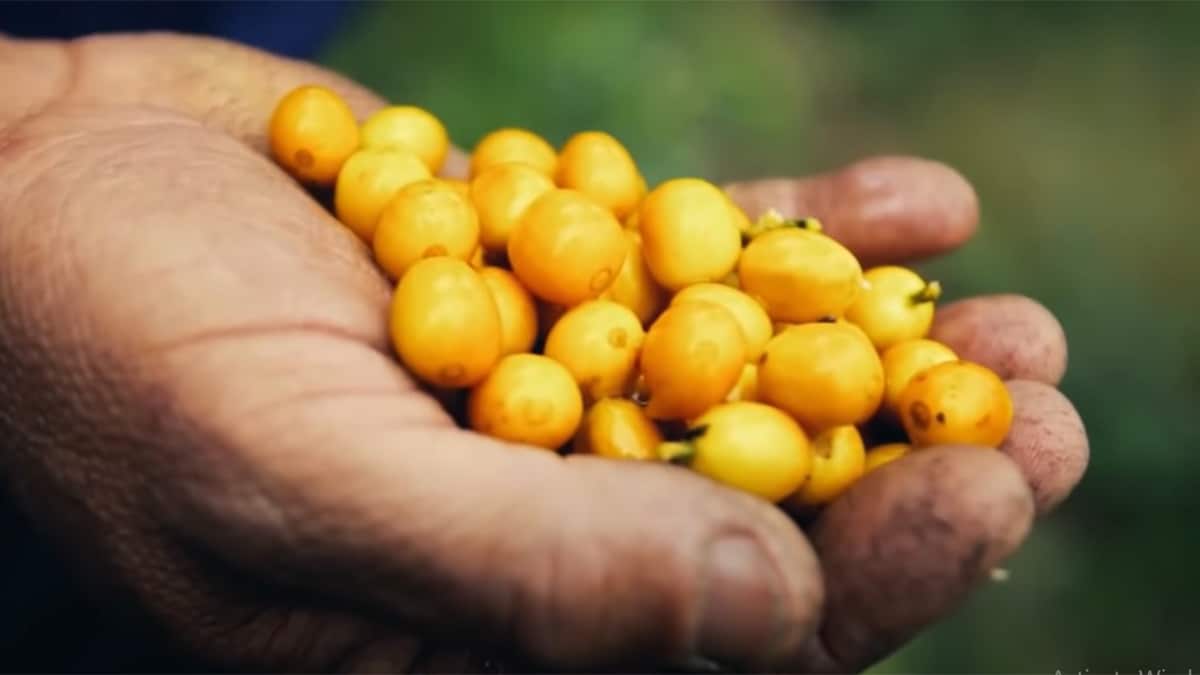 Coffee is one of the most popular beverages in the world. But did you know that there are a few different types? The country produces some of the highest quality coffee beans in the world and some blends that are specific to Brazil. Brazilian coffee has its unique taste, and it’s worth exploring what makes this type of coffee so special! We have some information about Brazilian coffee for you to read through below. You’ll learn about how Brazilian coffees differ from other varieties, as well as where they come from and why they’re so delicious!.

Despite not being native to the Americas, Brazilian coffee plants were intentionally cultivated in Brazil. Francisco de Melo Palheta planted the first Brazilian coffee plant in 1727 due to French Guiana refusing to trade seeds with Portugal. The governor’s wife is rumored to have given him some hidden inside a bouquet.

Brazil’s coffee industry was born in 1825 when a Brazilian priest smuggled seeds out of the country and planted them to grow a plantation. By 1850, 40% of Brazil’s exports were coffee and had an equal share in the world’s production market.

Brazil is one of the world’s major coffee producers. The country was even able to monopolize the international coffee market by controlling up to 80% of production in the 1920s when Brazil’s exports were almost exclusively caffeine-based. Things have changed since then, however, and although government intervention has historically encouraged diversification into others.

Some Interesting Facts About Brazilian Coffee

Brazil is a massive country. With a population of 207 million and 8.51 million square kilometers of landmass, Brazil is the world’s 5th largest country by both area and population.

Much of Brazil’s land is rainforest, meaning that the soil is fertile for planting coffee trees. Compared to cooler regions, growing conditions in Brazil are ideal for cultivating an abundant crop of beans.

Currently, Brazil produces more coffee than any other country in the world. In 2016, it had 2,595,000 metric tons of coffee beans, whereas Vietnam came second with 1,650,000 metric tons. Ethiopia only produced 384,000 metric tons. Most Brazilians prefer mild Arabica coffees or darker Rob.

Brazil and Ethiopia are the only countries that produce significant amounts of coffee for local consumption. In most other coffee-producing countries, most of the coffee is exported abroad rather than being consumed domestically.

Most people go to Brazil to source beans for espresso blends. And there’s nothing wrong with that. Yet this country has, time and time again, produced specialty-grade coffees.

Brazil has a wide variety of tastes that are deemed satisfactory or better than average by coffee lovers in the industry. Brazilians often have an intense sweetness and contain caramel, chocolate notes, full-body, and low acidity.

Some people sometimes shortchange Brazilian coffee because of its low acidity – but after a few seconds of sipping, you’ll find that the flavor is surprisingly good.

Brazil is one of the top coffee producers in the world. Advances in technology and farming methods have helped improve production, payments for farmers, and job opportunities over time.

70-80% of the coffee reproduced in Brazil is Arabica, and the rest from Robusta. Unprocessed coffee is exported duty-free to Japan, U.K., and the U.S. Together with soybeans, the Brazilian coffee industry stretches out across 13 states in Brazil and other Latin American countries like Columbia or Venezuela which together.

Brazil’s low elevation produces coffee beans that are not very good on their own. This means Brazil’s coffee is often blended with beans of a different flavor for espresso and other beverages. Brazilian coffee has full-bodied, sweet taste notes and a relatively low level of acidity. The lighter roast provides brighter tasting notes combined with.

Brazil is the largest exporter of instant coffee. Out of 100 pounds of coffee exported from Brazil, 10-20 pounds are instant coffee brewed with lower quality beans. Most of these are made up of coconut, corn, or rice flour.

Brazil is famous for its coffee, but the only way to know what you’re getting is by looking at the country as a whole. With fourteen major regions producing coffee spread over seven states, Brazil’s beans mix different flavors.

Minas Gerais was named after the gold mines in the 18th century. It is the largest coffee-growing state in Brazil, accounting for close to 50% of total coffee grown. Sul de Minas has a mild climate, and it’s here where you’ll find our company.

Sao Paulo is home to the Mogiana region of Brazil, which boasts some of the highest elevations in the country.

The Brazilian Coffee Region of Bahia is the furthest North-East you’ll find Brazilian coffee. It’s relatively new to the game, having only started in the 70s, but rapid deployment of technology means it’s now a powerhouse in the country.

Brazilian Cerrado coffees come from this region, which is primarily Arabica.

Only irrigation systems and constant weather can produce uniformly grown coffee that can be harvested mechanically by large equipment, increasing the efficiency and yield.

Espirito Santo produces robusta beans primarily and isn’t sought after in the specialty coffee market even though it is the second-highest producer in Brazil by volume. The main regions here are Montanhas de Espirito Santo and Conilon Capixaba.

The best Brazilian beans have a fuller body, low acidity, and notes of sweet chocolate and toasted nut. How you brew depends on what you prefer, but it’s essential to know that the ground coffee should be in an ideal fineness or coarseness.

It is known for brewing a full-bodied coffee with beans left in the brewer for up to five minutes. The beans are processed and explicitly roasted so that this method can be used, making it perfect for Known for brewing heavier coffee than and enjoy fuller lighter than and most less. Acidic coffee grounds stay in the brewer for up to 5 minutes, perfect for a low-acid coffee with a sweet cocoa aftertaste.

A majority of traditional espresso has a Brazilian heritage. The beans are suited for making lattes and highly caffeinated drinks that have a sweet, chocolatey character.

Brazilians have a fondness for cold brew coffee because it is smooth, sweet, and refreshing.

If you are looking to order coffee from a specific country, here is a list of some good Brazilian brands to look at.

In our discussion on Brazilian coffee, we mentioned Santos coffee–let’s discuss it a little more. Santos is a washed coffee that’s considered to be of mid-to-high quality. It typically has pronounced fruit flavors with an undercurrent of acidity.

If you are seeking sustainability, this is the coffee for you. This gourmet coffee brand is the largest sustainable coffee producer in Brazil and offers single-origin, freshly roasted beans. It brews a smooth cup with a heavy body that lends it a luxurious feel, complete with sweet citrus notes.

This brand’s beans are cultivated in the São Paulo and Minas Gerais regions of Brazil. The combined farms give a vibrant flavor with a smooth finish. They are medium roasted, finely ground, and ready to enjoy.

The Melitta Extra Strong Coffee is an excellent option for those who enjoy the dark-roasted intensity. Featuring a distinctly strong brew with an equally intense aroma, this Brazilian brand is well known to coffee lovers.

Cooxupé is a Brazilian co-op that produces Arabica beans (estates in São Paulo and Minas Gerais).

What kind of roast is most suitable for Brazilian coffee beans?

Coffee beans are versatile, and you can make them any way you like.

Lighter roasts: It’s smooth, low-acid coffee with a chocolatey or nutty taste.
Medium roasts: This is the best type of coffee roast. Balanced flavors and low acidity
Darker roasts: Has a whole body to it and is usually served with a slightly roasted nut flavor.

The Brazilian beans are lighter than other Arabica varieties, which requires a slower, low heat approach to avoid scorching.

Brazilian coffee beans are grown at lower elevations than other coffee-producing regions, and as such, are typical of a darker roast. Connoisseurs prefer dark roasts to keep the rich flavors from sputtering out into bitterness. Brazilian coffee is often bittersweet with chocolate undertones; it has low acidity and a nutty flavor with robust sweetness.

Why does Brazil have the best coffee?

Brazil has most of its coffee harvested at lower altitudes. This is partly because beans grown higher up on mountainsides take longer to ripen than those grown closer to sea level, which means the beans spend more time developing flavors. With subtly different production methods, however, one cannot ignore some of Brazil’s best offerings.

What is the difference between Colombian and Brazilian coffee?

Brazilian coffee tends to be sweeter and less acidic, even with some nutty hints. Colombian coffee is usually higher in acid content but has a clean aftertaste.

Brazilian coffee is the most popular type of coffee in the world; it’s consumed everywhere. We get a lot of their export, and chances are, you can find an excellent Brazilian coffee brand.

This single-origin coffee developed its unique profile and characteristics over the years after investment in their industry.

Have you ever tried Brazilian Coffee?